Doctors are human too…. 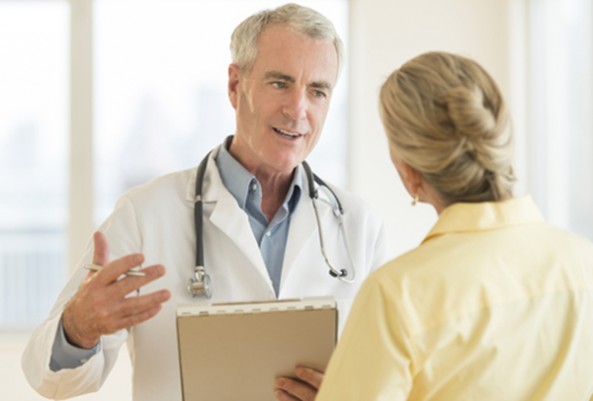 Doctors are human too….

There was a time when I took the word of a doctor as gospel.  And while I mean absolutely no disrespect for a profession that saves lives – the truth is, doctors are only human.  They have good days and bad days, like the rest of us.  The older I get, the more I realize that the responsibility for my care is ultimately my own.   As I share in The Bathroom Key, the advice I received from my own beloved OB/GYN, after my initial experience with incontinence was not the best. I was told to stop running until I was done having children, due to my leakage. In retrospect, I could have started physical therapy immediately.

The average woman suffering with incontinence takes 8 years to share her condition with anyone, including her own physician.  This statistic got me thinking.  Why not tell her doctor?  Maybe… the doctor doesn’t create an environment ripe for such conversation.  I decided to conduct my own non-scientific research…and voila!… the truth became apparent.  Over the last 8 plus years, I have been astounded to find my doctors remiss in asking me ANYTHING about incontinence issues.  Most recently, I changed health care providers and had a full physical exam with a female physician, who is part of a major healthcare group. She failed to ask me a single question about stress or urge incontinence.  With a 50% hit ratio for women and a leading cause of nursing home placement, urinary incontinence is certainly prevalent.  Wouldn’t you think there would be one question about it, as part of a physical exam?

I have a challenge for you:  Listen for the question. For me, it’s become a game….will they or won’t they?   By the way, when my exam is over, I tell my story.  I do this in the hope a question gets added to a form, or the doctor becomes more aware of this glaring omission for future exams.  Why not do the same?  Share some of what you know about the number of women dealing with this condition.  Kathryn and I started this campaign as a grass-root effort to “get the word out” to as many people as we could and make them aware of physical therapy as a cure.  The “word” needs to be shared with people who I originally thought were least likely candidates, our doctors.  Let them know, initiate a dialogue, and help make a change.

There is no additional info about this author.

2 thoughts on “Doctors are human too….”